Official lore: Do not add to, edit, or remove any of the story, unless the official source changes. 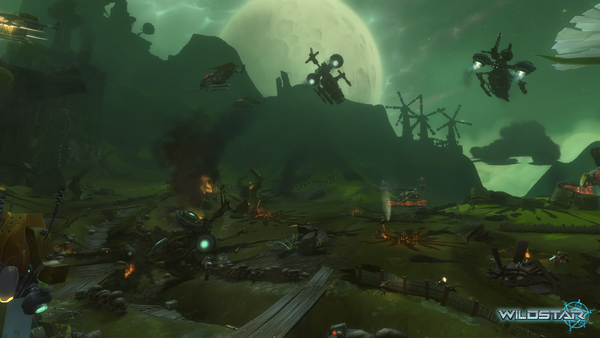 For more than a thousand years, the planet Cassus had served as the heart of the Dominion - and the humans who lived there embraced their destiny to rule the greatest empire the galaxy had ever known. But as the Dominion's power grew, so too did their need to exert more control over the growing population of their mighty empire - resulting in a number of policies that were extremely unpopular with many Cassian citizens.

What started out as protests in the streets of Cassian cities soon became skirmishes between locals and authorities. As tensions escalated, Dominion military leaders ordered brutal crackdowns against all who opposed the new order - leading to a number of violent attacks against Cassian humans by their own kind.

A Fight for Honor

When the Dominion military turned weapons on its own citizens, one man finally declared enough was enough. Serrick Brightland - a highly decorated admiral of the Cassian fleet who, like his flagship the Star of Dominus, was facing retirement- rebelled against his own commanders and struck back.

Brightland was in a unique position to lead this fight. Many of his former officers now had their own commands and knew the admiral was a man of honor. They were still unfailingly loyal to him, and so it was a simple matter to commandeer the Star of Dominus from dry-dock. After covertly smuggling the Cassian resistance forces onto the mighty craft, Brightland led the rebels on a daring attack against the nearby Dominion High Command - destroying a number of military warships before they escaped.

The unexpected raid left the Dominion fleet in shambles. After this first devastating hit-and-run strike, the rebels scored a few more surprising victories, and a confident Brightland formed a government-in-exile of civilian and military leaders with an eye toward taking control of their homeworld.

But the rebel admiral's early successes proved costly in lives and material as time wore on. The Dominion had the resources of many worlds to draw upon, but Serrick Brightland had no place to resupply and nowhere to retreat. When the majority of the Dominion fleet finally caught up with his ships, Brightland realized that there was no option except to run and live to fight another day.

It was easier said than done. The rebel fleet had not yet fully escaped before the Dominion was upon them. Brightland grimly surveyed the battlefield, immediately understood that the remaining ships needed more time, and saw only one way to give it to them. Ordering all but a skeleton crew to the escape craft, he brought the Star of Dominus about, set a course directly for the Dominion Fleet's flagship, and unleashed the Star's entire arsenal against the approaching fighters.

This suicide maneuver was completely unexpected and forced the oncoming Dominion fighters to focus on the approaching warship. As the Star of Dominus took the brunt of the Dominion attack, the remaining rebel ships were able to escape. Against all odds, the old warship survived the barrage, and with Brightland at the helm the Star broke through the Dominion lines and escaped.

The Star of Dominus rendezvoused with the rest of the rebel fleet a few hours later - but the elation of the human rebels was soon replaced by grave concern as they heard the news of her captain's fate. Although still alive, Serrick Brightland had sustained terrible injuries during the engagement, and it was quickly surmised that he was beyond the medical skill of the fleet's doctors. In order to save his life, they placed Brightland into cryo-freeze - hoping that the means to revive him might someday be found.

As they fled for their lives across the stars, the humans of the Exile Fleet wanted to honor the admiral's sacrifice and the desperate gamble that saved their lives. Renaming Brightland's flagship the Gambler's Ruin, they converted the mighty vessel to an arkship capable of being their new home in the vastness of space. Together, they embarked on a long and treacherous journey through the Fringe - desperately searching for a new world to call their own. 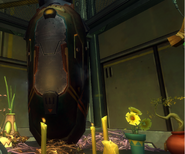 Add a photo to this gallery
Retrieved from "https://wildstaronline.fandom.com/wiki/Brightland%27s_Rebellion?oldid=32287"
Community content is available under CC-BY-SA unless otherwise noted.