The Destiny is the arkship of the Dominion and is the training zone for new players. Here they will learn what telegraphs are, what weapon and armor their character uses and will be given their first three abilities that will be placed in the action set automatically. Any new armor or weapons will also be automaitally equipped.

Prior to free-to-play, players would learn about their chosen path on the arkship as well as gather their initial lore items but since the arkship can now be skipped, this information is instead available on the planet surface. Once a player has finished the quests on Destiny, they will be given a quest to leave the ship and land on Nexus. Quest lines are very linear as to avoid the player missing any steps along the way which is important, since leaving the arkship is a one way trip. No returns.

After turning in your final quest, players will be asked to click on the console in front of them. This choice has a second option as there are two starting zones. The Chua and the Draken are expected to go to Crimson Isle and the Cassian and Mechari are generally sent to Levian Bay. If players prefer one over the other, now is the time to make that choice. Check the map, locate the two exits and make the appropriate choice. Players will be asked to confirm and reminded that this is a one way trip. 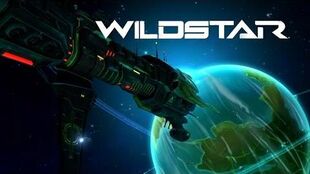 WildStar CBT F2P Novice Tutorial Dominion Arkship Gameplay
A look at the new tutorial system for Dominion
Add a photo to this gallery
Retrieved from "https://wildstaronline.fandom.com/wiki/Destiny?oldid=39723"
Community content is available under CC-BY-SA unless otherwise noted.