The Engineer class uses heavy armor, a big gun, and a small army of friendly automatons to wreak havoc on the battlefield in either the DPS or Tank role.

"Concealed" weapons are for grandmas! Grow a pair by grabbing LaunchCorp's Launch-O-Matic QT-Pi Ultra-Standard and fire some rocket-propelled attitude adjustment into the awe-struck face of anyone who gets in your way. Sure, the launcher's sheer power might just dislocate the joints in both your arms, but wait until you see the other guy's!

Nothing says engineer like a posse of homemade mechanical servitors! Constructed in the greasy depths of your workshop, these industrial-strength beauts will repair you and disassemble your enemies faster than you can say 'hostile oil change'. Plus, you don't have to worry about making friends!

Volatility is the only ability resource used by the Engineer class. Many Engineer abilities build Volatility, while a smaller group of more powerful abilities like Electrocute consume Volatility when used.

The Engineers Volatility bar has a maximum capacity of one hundred, and a resting state of zero. When out of combat, Volatility gradually declines to zero.

Effectively managing Volatility, generally to keep it between values of 30 and 70 as this range triggers many AMPs and tier upgrades, is the key to sustained combat as an Engineer.

The Engineer class has two Innate abilities available to it. When either Innate is activated, the appearance of the character changes to include a powered exoskeleton on top of their usual armor. Both innates work passively and place a buff on the character, and can be activated to temporarily provide a more powerful buff.

Both Innate Abilities can be activated whilst casting, share a 60s cooldown, and last for 10s when activated. 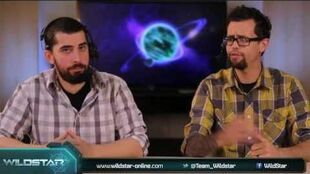 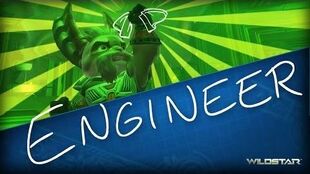 WildStar DevSpeak Engineer
DevSpeak
Add a photo to this gallery

Retrieved from "https://wildstaronline.fandom.com/wiki/Engineer?oldid=38566"
Community content is available under CC-BY-SA unless otherwise noted.