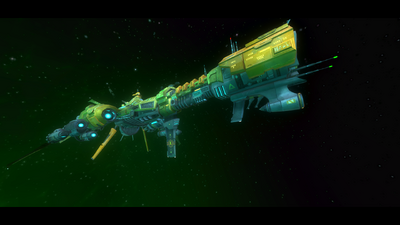 The Gambler's Ruin is the arkship of the Exiles and is the training zone for new players. This area covers level 1-3. Here they will learn what telegraphs are, what weapon and armor their character uses and will be given their first three abilities that will be placed in the action set automatically. Any new armor or weapons will also be automaitally equipped. Prior to free-to-play, players would learn about their chosen path on the arkship as well as gather their initial lore items but since the arkship can now be skipped, this information is instead available on the planet surface.

Once a player has finished the quests on The Gambler's Ruin, they will be given a quest to leave the ship and land on Nexus. Quest lines are very linear as to avoid the player missing any steps along the way which is important, since leaving the arkship is a one way trip. No returns.

After turning in your final quest, players will have the option to click on the console in front of them. This choice has a second option as there are two starting zones. The Mordesh and the Aurin are expected to go to Everstar Grove and the Humans and Granok are generally sent to Northern Wilds. If players prefer one over the other, now is the time to make that choice. Check the map, locate the two exits and make the appropriate choice. Players will be asked to confirm and reminded that this is a one way trip.

"Walk her corridors with pride, for she is the beating heart of the fleet. Speak of her with respect, for she is your home. Treat her with compassion, for she is mother to us all. She is humble. She is strong. She will take us where we need to go. She is the Ruin, and long may she run." - Inscribed dedication plaque on the bridge of the Gambler's Ruin

The Exile arkship has been home to the human rebels for more than three centuries; so long that even many who lived their whole lives aboard her or one of the ships in the fleet she led forgot that the Gambler's Ruin was once a mighty Cassian warship called the Star of Dominus.

Admiral Serrick Brightland's flagship during his short (but hugely significant) war against the Dominion, she took on thousands more passengers than ever expected, converting over time into something closer to a flying city than a sleek warship. Still, her corridors and systems reflect the same designs still in use by Cassian engineers today, and non-human species frequently note the similarity of Exile and Dominion ship interiors of human origin.

All known forms of faster-than-light travel require organic beings to make the trip via cryo pod, a form of suspended imagination. Many of the cryo pods on the Exile arkship Gambler's Ruin are many centuries old, comprised partly of the old warship's original complement but supplemented with whatever spare parts and slightly used pods could be found over the course of the vessel's long flight.

It is believed that the majority of them are still functioning, but cryo records onboard the ship are notoriously sketchy - often the best way to find out who is in a given pod is simply to open it and hope the person inside isn't dead.

Those onboard the Gambler's Ruin are primarily used only for transporting living passengers, but like all cryo pods they can also be outfitted for use as escape pods in emergencies, and are rated for orbital reentry provided all seals and friction shielding are intact.

Drop pods - used for emergency deployment of military forces - are generally built along the same design, but from sturdier materials.

The specific coordinates of the Gambler's Ruin have always been a tightly controlled secret, now more than ever since she shares an orbit with the Dominion's own arkship Destiny. Both ships employ sensor screens and cloaking shields as much as possible to hide their presence and prevent potentially catastrophic sneak attacks, but the Ruin also makes frequent microjumps to stay on the move.

First questline on the Gambler's Ruin 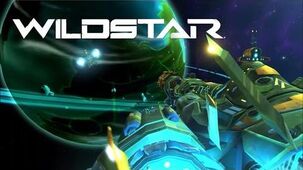 Retrieved from "https://wildstaronline.fandom.com/wiki/Gambler%27s_Ruin?oldid=39722"
Community content is available under CC-BY-SA unless otherwise noted.