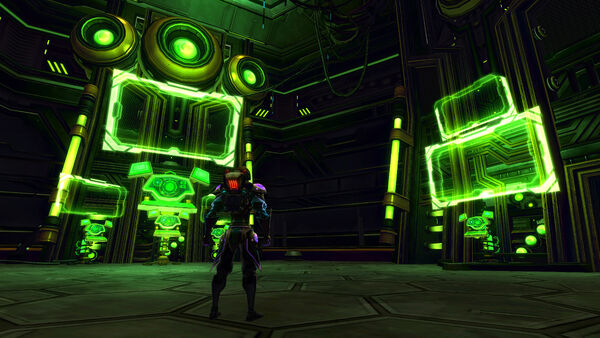 Megaservers are here and with the servers offline and getting emptied out, I thought it would be a great time to read through some patch notes for the upcoming Omni Core Mega Drop. Considering WildStar Community Manager Tony Rey mentioned over five hundred pages of them on the latest Nexus Report, the challenge will be getting through them without falling into a patch induced coma. I have warned my co-workers to observe me for signs of life and show concern if my eyes start to glaze over.  I personally have a few concerns regarding what squishing everyone down to four servers will do to the quality of questing and gathering, but hopefully everything will go well and I will have worried for naught. More information including the new server names can be found at WildStar .

A few things to keep in mind

We are several hours into the maintenance and so far, all is well. Cougar mentioned a small patch a couple hours ago, but that is probably the first of several since they are testing things as they go.

Here are some of my favorite highlights from the upcoming Mega Drop patchnotes as I read them. Please note that these changes are currently on the PTR and are still subject to QA testing. The full notes can be read on the forums .

Also on the news front is the discontinuation of the weekly Nexus Report. For anyone who missed yesterday's stream, Tony announced that the Nexus Report would live on, but would only be broadcast when there was enough new information to do so, like a major content drop or similar news. In it's place during the week, is a new stream that Tony has named "Zero to Fifty". During the stream, Tony will be leveling a character from Zero (technically level 1 but Tony stated he preferred the 'zero' to stay in the title) and will be taking comments and feedback from their official forum, reddit and from their social media sites and using it to dictate the character he plays and the missions he accepts based on a majority vote. He will be posting polls and questions using the same outlets. A recap from the show can be found on the forums incuding a State of the Game. If you havent been on the PTR to check out the newest zone and content for level 50, I highly suggest checking it out. I have spent several hours there and I am looking forward to the Omni-Core Mega Drop going live.

Now to think of a last name for Pinkachu, my pink chua esper. Any suggestions?

See you on Entity!

Retrieved from "https://wildstaronline.fandom.com/wiki/User_blog:Pinkachu/It%27s_not_just_Megamonth,_It%27s_MegaDAY?oldid=37888"
Community content is available under CC-BY-SA unless otherwise noted.