Good Morning (or whatever time it is depending on where you live) to the WildStar Community!

This morning a bit of news was posted by Mike Donatelli, a developer at Carbine Studios and I for one, find it very exciting. I know that Carbine has had a bit of a struggle over the past few months, losing a portion of their subscriber base for various reasons and a few of their employees as well due to a cut-back at NCSoft but it looks to me like the folks at Carbine Studios have overcome and are projecting a bright future for WildStar. I for one, am very happy. Growing pains are not uncommon in the MMO world but even I, one of their biggest fans, was starting to worry about the future of the game.

Mike went over several of their ideas and plans for this year and it sounds to me that the fans spoke, and the Devs are STILL listening. I personally am a solo player and not much of a raider. I played several MMO's and had my share of raiding but now I just want to jump into the game, get some quests done, maybe work on my housing and do some dungeon crawling if I have time. (Thank you Carbine for implementing LFG!)

As for doing level 50 content? Sorry, but that got a bit boring for me after grinding out Northern Wastes and I moved on to leveling alts instead. I did check out Blighthaven and The Defile on the PTR when they became available but haven't put much time into them since they landed on the live server.

From what I am seeing in the post, solo play is being taken very seriously and I can't wait to see what that all entails. Not just solo play however. Carbine will be adding a lot of options for the beginning players to better introduce them to the game. I've played MMO's for several years so jumping into WildStar was fairly easy for me, but even I remember the struggle of trying one out for the first time. It's great to see that the Devs remember too and have taken the feedback from the fans to heart. This is just the tip of the 'iceburg' for Carbine Studios.

Please, go read about this and more for yourself and if you are not currently playing, I hope Mike's post will encourage you to come back soon! 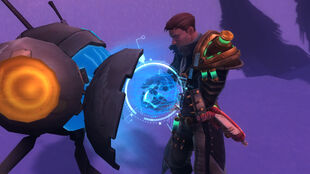 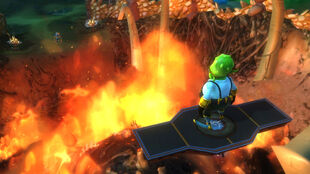 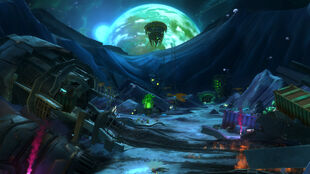 Retrieved from "https://wildstaronline.fandom.com/wiki/User_blog:Pinkachu/Looking_To_The_Future_with_Dapper_Donatelli?oldid=38993"
Community content is available under CC-BY-SA unless otherwise noted.