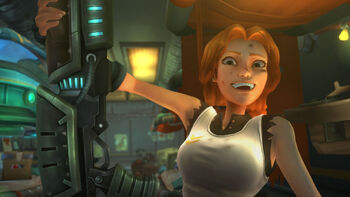 We had heard the rumors, but today Carbine Studios officially announced their intent to offer the WildStar community a Free to Play option this fall. It seems they will be following the same pattern that we have become accustomed to in a Free to Play game and offer an in-game store as well as a pay to play option that they are calling Signature status. There will be no restrictions on gameplay for F2P players, but there will be restrictions on services and social functions. While all regular minor updates will be available to all players, Carbine Studios is discussing the possibility of offering new content and full Expansion Packs for a fee. I'm sure we will hear more about this in the near future.

For players who have had an active account since day one and continue to subscribe will not only have their account automatically switched to Signature but can also expect to receive some pretty nice in-game rewards. This potentially includes an exclusive Ikthian Crawler mount, an exclusive DJ Caretaker housing decor item, a Disco Snoglug companion pet, a new housing music track, four months of Signature service, and two new titles: “Living Legend” and “Nexus Loyalist”. These bonuses will be granted to such players on the first day of transition. 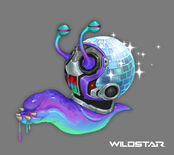 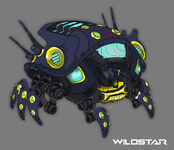 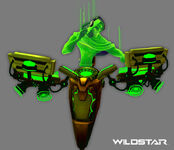 Players who missed out on launch but are current subscribers and maintain their sub through the transition will still receive the DJ Caretaker housing decor item, the Disco Snoglug companion pet, the new housing music track, four months of Signature service, and the "Nexus Loyalist" title.

Active subscriptions that expire during or after the transition will be automatically converted to Free to Play. For the full details and to see the chart showing the different between Signature and Free to Play options, be sure to check out the "You Need To Know" blog at the Official WildStar website. Don't forget to sign up for the Beta while you are there!

Retrieved from "https://wildstaronline.fandom.com/wiki/User_blog:Pinkachu/WildStar_Goes_Free_To_Play_This_Fall?oldid=41588"
Community content is available under CC-BY-SA unless otherwise noted.